This year’s Convocation examines the social impact of sound in the real world: natural soundscapes, music, technological sounds, mediated sounds, spaces, places and sites. Technology cannot be divorced from the interconnections with cultural output, social practice and aesthetics. We seek to contextualise all sound-making and its sciences and technologies. What is the societal impact of our artistic and technical practice with sound? How does our research and practice impact the wider community? Finally, given that our practice is, for the most part, financed by public funding, what is it that we are giving back?

Arriving in Ireland and Maynooth

Maynooth (Maigh Nuad in the Irish language) is a University town in north County Kildare, in the East of Ireland.
It is close to the M4 motorway, along the Royal Canal and the main Western Suburban Rail Line.

The most central stop for bus No. 66/67/66x is Westmoreland St, close to O’Connell Bridge.

Arriving by Train from Dublin City

The Western Suburban railway line serves three city centre stations (Pearse Station, Tara St. and Connolly Station) as well as many suburban stations and is a quick and convenient way to get to NUI Maynooth. Links to Irish Rail services can be found here.

We recommend to use a Maynooth-based taxi to come here
from Dublin Airport rather than an airport taxi because the driver
will always know where Maynooth is, and the fare will be significantly
less. Maynooth taxi drivers all know where the University is, and often even
know specific on-campus locations such as Conference
and Accommodation. Some of the Maynooth-based taxi numbers are:

Glenroyal Hotel – centrally located 15 min walk and next to railway station and bus terminal
Carton House and Country Club – a 30 min walk or taxi
Maynooth Campus Conference and Accommodation – on Campus. Use voucher code ISSTA_06/14 when booking for discount.

Funding and sponsorship thanks to NUI Maynooth and these partners: 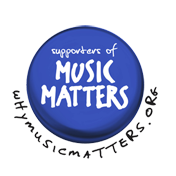 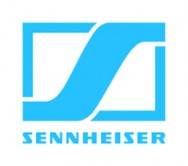