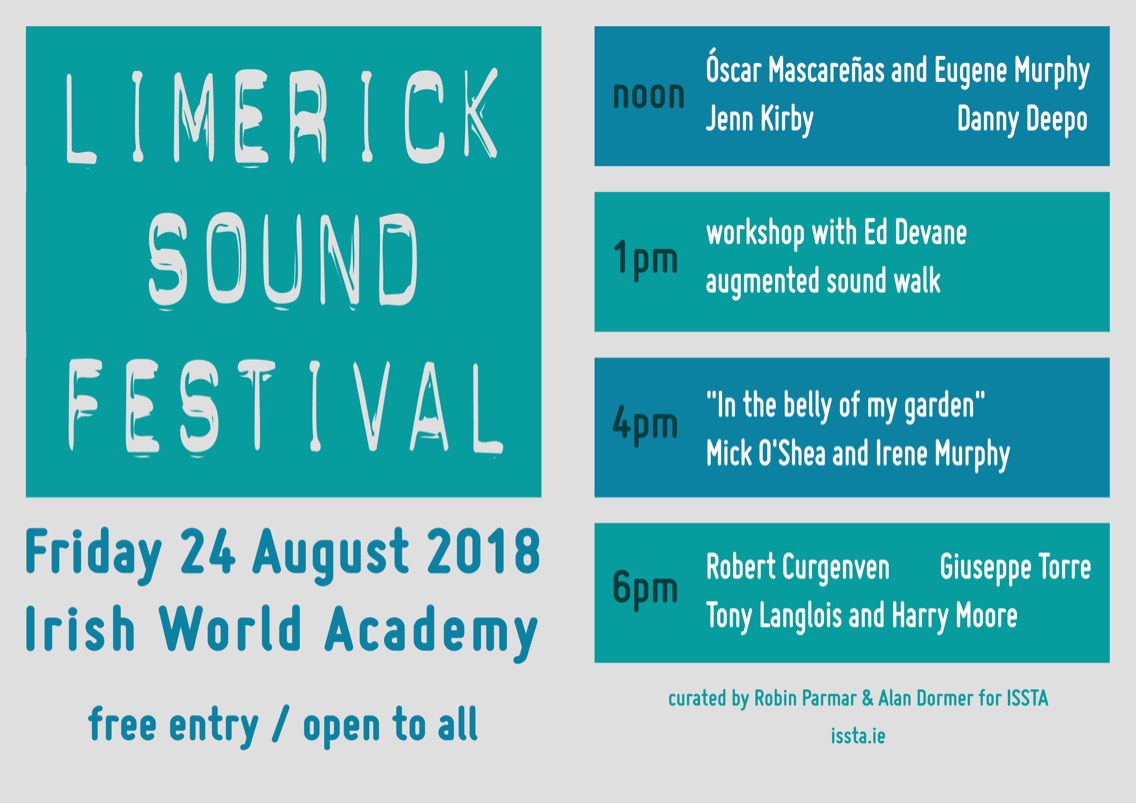 Limerick Sound Festival 2018 is an invigorating exploration of music in all its possibilities. This special event is scheduled for Friday, 24 August 2018 at the Irish World Academy of Music and Dance.

The day has been organised by the Irish Science Sound Technology Association (ISSTA). All events are free entry. It promises to be a wonderful chance to listen and share. 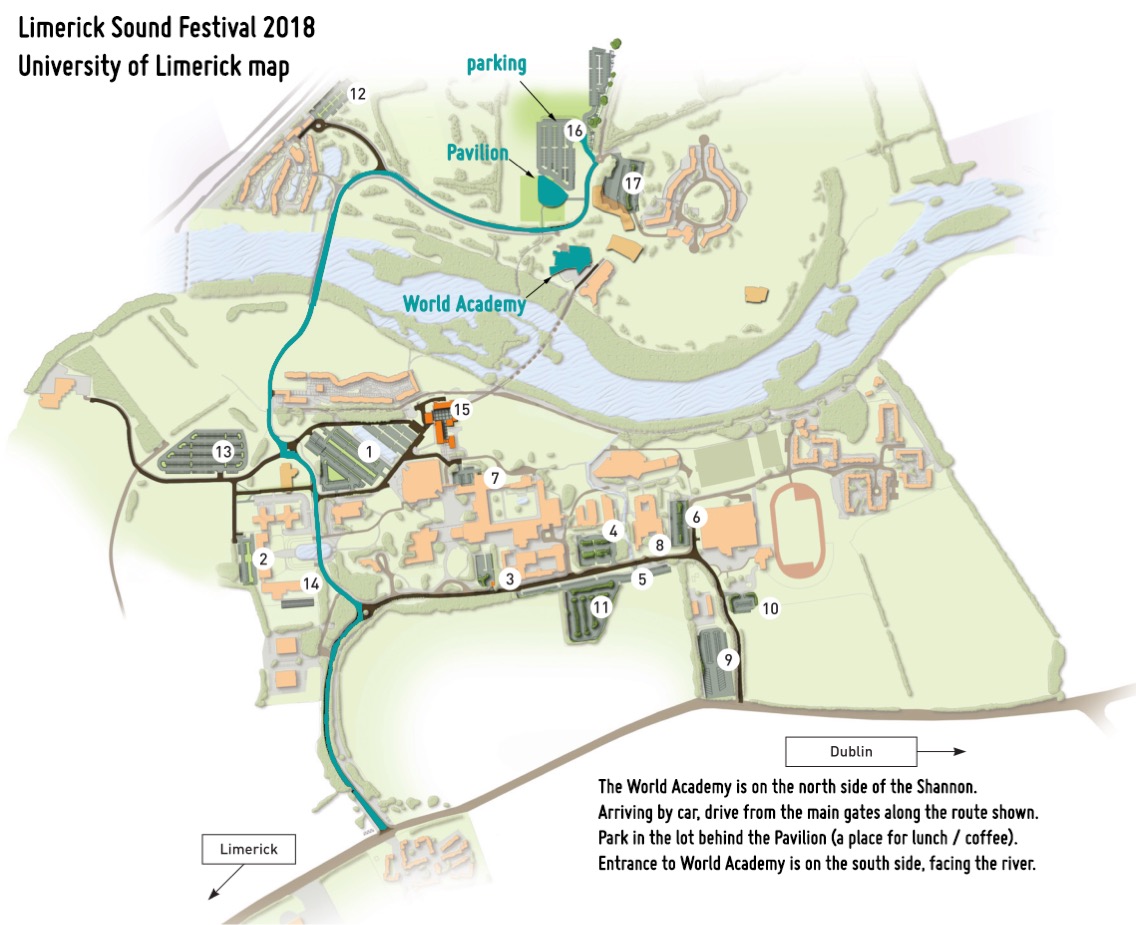 DANNY DEEPO is a music producer, turntablist and recording engineer from Ireland. He is one of the founders of the Community Skratch Games. Danny has been a part of Irish turntablist groups Vince Mack Mahon, Vince Mack Mongrul, and the Irish fusion groups Pervish and rrRadio Gee. Currently he works as a recording engineer and music tech tutor at the Irish World Academy Music Dance.

ED DEVANE is a sound artist and designer based in Donegal. His creative career started in electronic music production which evolved into musical instrument design, art installations and related educational workshops. Ed founded soniphorm earlier this year as a commercial outlet for various audio devices and instruments.

TONY LANGLOIS is an ethnomusicologist with an obsession with real and imaginary soundscapes. His favourite colour is neutrino blue. No, red.

ÓSCAR MAACAREÑAS is a composer, poet, voice artist, filmmaker, performer and musicologist. Óscar has given concerts, conferences and master classes in Europe, the United States and Mexico. He is the Founding Course Director of the BA in Voice and Dance, and was acting and assistant director of the MA Ritual Chant and Song at the Irish World Academy of Music and Dance in the University of Limerick. His most recent album, “Songs for Jackson Pollock”, was released this year.

HARRY MOORE is an established visual and sonic artist, based in Cork, who has exhibited, recorded and performed internationally for many years. Harry’s fascination with time and space is evident in much of his work, which also involves hand-made instruments and cameras.

EUGENE MURPHY studied piano at The College of Music in Dublin and completed a primary degree in Music at UCD. His works for piano were aired by RTE. Commissions include “Newgrange” for Dublin Contemporary Dance theatre, works for Dance Theatre of Ireland, and several full-length works for Paul Johnson. Murphy’s compositions have featured at the Dublin Theatre festival and Edinburgh Fringe Festival.

IRENE MURPHY uses sculptural interventions, performance, drawing, photography, sound, video and food to create transient process-based work. She is a founder member and active director of the Cork Artists Collective and a founder member and co-curator of The Guesthouse Project. With the Domestic Godless Trio she has pursued absurdist adventures in a culinary landscape since 2003.

MICK O’SHEA is a director of the Cork Artists Collective and The Guesthouse Project. His work springs from his fundamental experience in drawing which influences his approach to sound, sculpture, and food. His many collaborations include The Quiet Club with sound artist Danny McCarthy and Strange Attractor, an improvisational sound and combined media collective.

GIUSEPPE TORRE’s work spans live electronic performances, audiovisual compositions and media art. This process questions under what forms and forces truly creative efforts may arise. His academic writings have been published by MIT Press, Springer, and Taylor & Francis. Torre is Course Director for the BSc in Creative Media and Interaction Design at UL.

ALAN DORMER works with sound across mediums including installation, film, dance, theatre, and field recording. His doctorate in sound art (University of Limerick) focused on the relationship between sound, place, and memory.

ROBIN PARMAR is a media artist whose compositions, films, and installations have appeared internationally. This year, Silent Records released his seventh album “Division By Zero” under the name 7PRS. Recent awards include the Invisible Places residency in The Azores and an Arts Council Bursary. Research interests include the philosophy of place, psychoacoustics, radiophonics, post-punk music, and science-fiction.